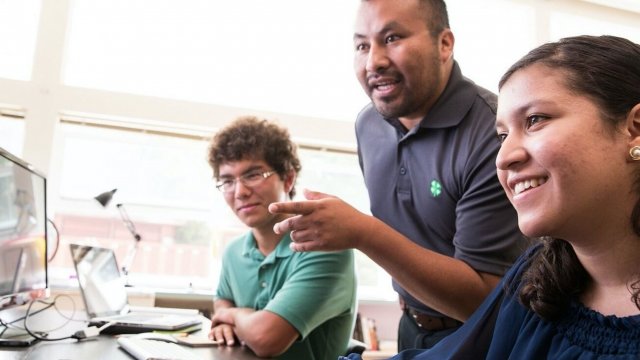 Microsoft wants to eliminate the "rural broadband gap" by 2022.

Over 23 million people in rural America don't have broadband internet connections, and Microsoft wants to change that.

The company announced Monday it plans to expand internet coverage to overlooked communities and eliminate the "rural broadband gap" by 2022. To do this, Microsoft says it will make use of underutilized wireless frequencies, known as "TV white spaces," which gave rural communities the ability to watch TV before satellite television was around.

Microsoft says using TV white spaces could cost up to $12 billion — but that's still under half the price of using wireless technology, and 80 percent less expensive than fiber cables.

How People In Rural Areas Deal With Bad Or No Internet

There's a tech gap between rural and urban areas, and the problems it creates are bigger than just streaming Netflix.

Microsoft's plan joins a host of other initiatives trying to improve internet access across the U.S. — like EveryoneOn, a national nonprofit that focuses on bringing high-speed, low-cost internet service to public housing.

The lack of broadband connections in any community can hinder students' ability to do schoolwork or prepare for their post-graduate lives. For adults, the lack of internet connection can also make it more difficult to access health care, grow businesses or find employment.