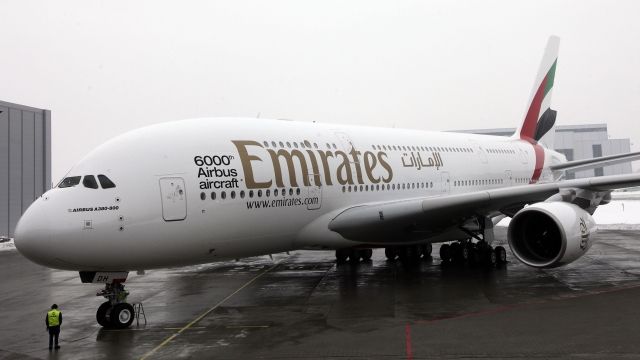 Emirates has seen less demand for U.S.-bound flights over the past three months.

The largest airline in the Middle East is cutting flights to the U.S.

Emirates, an airline, says it's reducing the number of flights to five of the 12 U.S. cities it serves because of measures the Trump administration took.

In March, the Department of Homeland Security banned people from bringing electronics bigger than a cellphone on flights from airports in certain Middle Eastern and African countries.

Emirates' hub in Dubai is one of the airports affected by that ruling.

Before that, Trump signed two executive orders temporarily barring people from an handful Muslim-majority countries from traveling to the states.

ACT for America founder Brigitte Gabriel tweeted photos of what she called a "productive" visit to the White House on Tuesday.

The executive orders, which the courts blocked, also aimed to suspend issuing visas to people in some Middle Eastern countries.

According to Emirates, even with the travel bans blocked, Trump administration rules have caused demand for U.S. travel to plummet in the past three months.