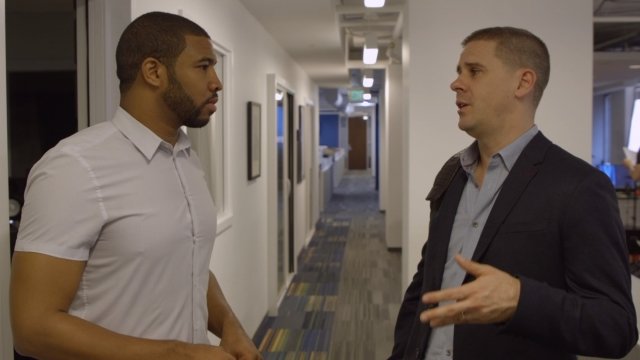 "It's the most trite, cliche thing in the world, but it comes down to turnout," says Barack Obama's former communications director.

You may not recognize Dan Pfeiffer's face, but he's been moving behind the scenes in Democratic politics for decades, most famously as communications director for this one guy you may have possibly heard of: President Barack Obama.

Now he spends his time as a host on Pod Save America, one of the most popular political podcasts out there. They analyze, dole out advice — and curse — about our current political landscape.

And in a year when Democrats have a real shot at taking back the House in the upcoming midterm elections, that podcast is gaining even more importance as a voice of the left for what can be done to make that dream a reality.

"We've a lot of work to do. We've done everything right up to this point. We have people running in every district, we have good candidates," Pfeiffer told Newsy.

The generic ballot has been tightening over the last few months. So how do Democrats take all of those pieces and actually create wins across the country?

"It's the most trite, cliche thing in the world, but it comes down to turnout. We just need to get people to turn out," Pfeiffer said.

Since President Donald Trump's inauguration, the left has been protesting, canvassing and running campaigns all over the country. And the 2016 fight between the establishment and the more progressive side of the party is continuing: Democratic Socialist candidate Alexandria Ocasio-Cortez won a surprise victory over incumbent Democrat Joe Crowley in New York's June primaries.

Pfeiffer's advice to all Democrats in 2018 is something he's learned from his old boss: Be yourself, start from the grassroots and, most importantly, run with some optimism.

"Democrats do better when people feel inspired to vote, when they have something to believe in. So an optimistic vision of America that contrasts with Trump's cynical, downbeat take on America is the right approach," Pfeiffer said.