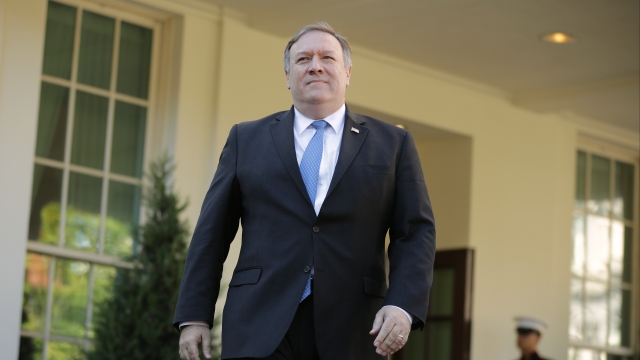 Multiple media outlets say Pompeo had a meeting with Senate Majority Leader Mitch McConnell on Monday. And that's when the secretary reportedly made it clear he does not want to run for the open Senate seat in Kansas. Before joining the Trump administration, Pompeo spent six years in the House as a representative from Kansas.

In January 2019, Sen. Pat Roberts announced his plans to retire. That leaves his seat open in the 2020 election.

With Pompeo keeping himself off the list, the biggest Republican name left in the mix is Kris Kobach. He was the Kansas Secretary of State from 2011-2019, and he lost the race for governor in 2018. He's a Trump ally who's supported controversial voter registration laws and is a vocal opponent of illegal immigration.

Keeping Roberts' seat would help Republicans maintain their majority in the Senate, and regardless of who the candidates are, history is on their side. Kansas hasn't had a Democrat in the U.S. Senate since 1939.

The deadline to file for the Kansas 2020 primary is June 1. Kansans will vote in their primary election Aug. 4.