Mike Pompeo Traveled To Mexico To Meet Its President-Elect 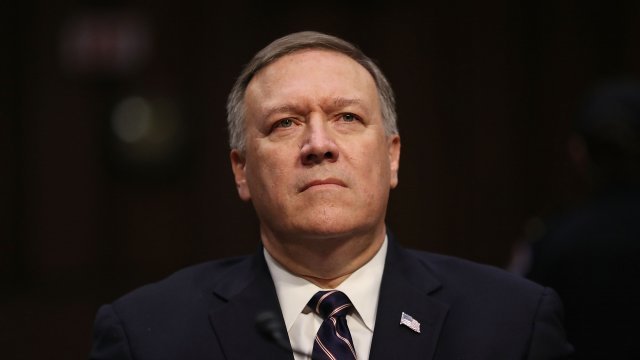 They discussed immigration, NAFTA and the opioid crisis.

Secretary of State Mike Pompeo traveled to Mexico on Friday to meet with its president-elect and discuss improving relations with the country.

Pompeo told Andrés Manuel López Obrador, "We know there have been bumps in the road between our two countries, but President Trump is determined to make the relationship between our peoples better and stronger."

And Pompeo's trip included meeting with sitting President Enrique Peña Nieto. The president of Mexico expressed concern about the state of migrant children in the U.S. who have been separated from their parents.