Military Action Puts The Peace Between India And Pakistan On Pause 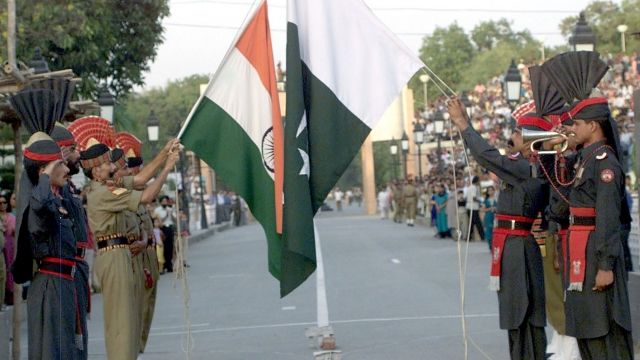 The U.S. has ties to both countries but seems to be staying out of it so far.

India has hit Pakistan with a military attack and said it was targeting terrorists.

Pakistan says at least two of its soldiers were killed, but not from the strikes; the country's military blames a cross-border fire. But some Indian media say there have been "mass casualties."

Pakistan was blamed for an attack on an Indian military base last week, which ramped up already high tensions — especially in the disputed region of Kashmir, where there's technically a cease-fire.

SEE MORE: Kashmir: The Disputed Region Where Life Is On Pause

India was praised for taking the "diplomatic" route in the days after that attack. But the country's prime minister reviewed trade ties between the two nations, which some saw as a passive jab.

Still, Pakistan didn't seem convinced that India wouldn't use its armed forces. On Tuesday, Pakistan's military said it was ready for a strike.

If Pakistan does hit back, tensions could bubble over in the region and possibly pull in the international community.

But two world powers that could get drawn in — China and the U.S. — seem to be distancing themselves from the conflict even though both have strong ties in the region.