'Minions: The Rise of Gru' Set To Kick Off Crowded Month In Theaters 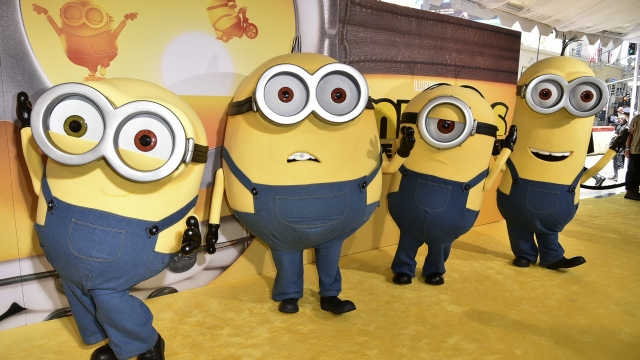 The “Despicable Me” franchise and its “Minions” spinoffs already rank as the highest-grossing animated film franchise ever.

Baz Luhrmann’s Elvis Presley biopic “Elvis” shook up theaters with an estimated $30.5 million in weekend ticket sales, but — in a box-office rarity — “Elvis” tied “Top Gun: Maverick,” which also reported $30.5 million, for No. 1 in theaters.

Final figures Monday, once Sunday’s grosses are tabulated, will sort out which film ultimately won the weekend. But for now, the unlikely pair of “Elvis” and “Maverick” are locked in a dance off.

The “Elvis”/"Top Gun" showdown — along with the new Blumhouse horror release “The Black Phone” and big holdovers in “Jurassic World: Dominion” and Pixar's “Lightyear" — made for one of the most competitive, and busy, weekends in movie theaters in the pandemic era.

“Lightyear,” which has made $152 million worldwide to date, will soon face more competition for families with the Friday, July 1, release of “Minions: The Rise of Gru.”

The “Despicable Me” franchise and its “Minions” spinoffs already rank as the highest-grossing animated film franchise ever with more than $3.7 billion in tickets sold worldwide.