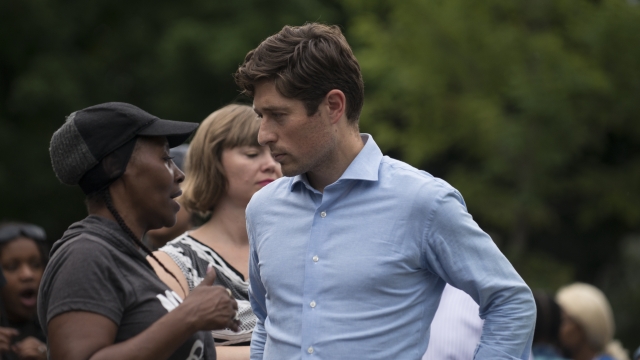 The president has engaged in a war of words with Minneapolis Mayor Jacob Frey over the costs of Thursday's campaign rally.

President Trump is picking what could be an expensive fight with the mayor of Minneapolis — and the city could end up footing the bill. The spat comes amid reports that the Trump campaign has racked up more than $841,000 in security costs in cities across the U.S.

President Trump is set to arrive in Minneapolis on Thursday to host a rally, his first campaign event since House Democrats launched an impeachment inquiry against him last month. The event will be held at the city-owned but privately operated Target Center. City officials said the venue would be responsible for the costs of the event.

The arena reportedly forwarded the bill to the Trump campaign, which threatened to sue over what it said was a breach of contract. Then, in a statement released Tuesday, Trump campaign manager Brad Parscale said Target Center had "backed off" and that the rally would go forward without funding from the campaign, "consistent with our original agreement."

But the president has engaged in a war of words with Mayor Jacob Frey on Twitter over the issue. He called Frey a "lightweight," and his campaign accused Frey of abusing his power to stop the event. Frey responded with a "yawn", and said, "Welcome to Minneapolis where we pay our bills."

There is no legal obligation for campaigns to pay for events like this, but the Center for Public Integrity found a number of cities had billed the president for security and other costs associated with his rallies. Those bills have reportedly gone unpaid.