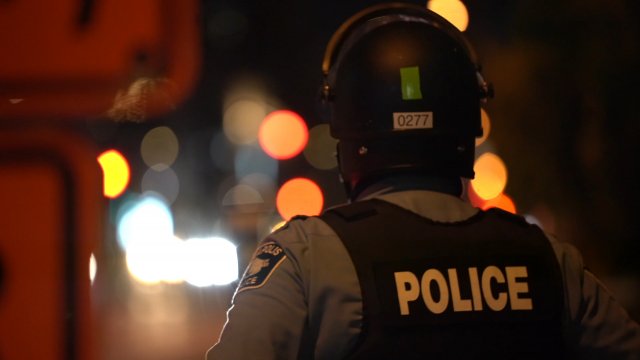 Minnesota has some of the most robust peace officer training requirements. But with little state oversight, what that training looks like varies.

When former Officer Derek Chauvin held his knee on George Floyd’s neck for nearly nine minutes, he was assisted by two officers he had trained.

Chauvin was their lead training officer and a 19-year veteran of the Minneapolis Police Department.

"What's hard about Minneapolis is they've checked a lot of the right boxes," said Jillian Peterson, professor of criminology and criminal justice at Hamline University. "You know, they have the civilian oversight and they've done the CIT training."

All of the officers involved had gone through implicit bias and deescalation training, as well as the 40-hour crisis intervention team training.

And yet, that wasn’t enough to prevent the use of force that killed George Floyd.

"What I'm hearing from community is outrage. People are feeling re-traumatized," said Justin Terrell, executive director of Minnesotans of African Heritage. "You got to keep in mind that George Floyd is not our first incident in Minnesota."

And they are pointing to the Minnesota POST Board.

"I think there's a lot of questions right now about the role of the POST Board and who should be on it and how much evaluation oversight there really is," said Peterson.

The Minnesota POST Board — or the Peace Officers Standard and Training Board — is responsible for setting training standards and issuing peace officer licenses throughout Minnesota. Standards that must be met to become an officer.

"The POST Board has traditionally approved literally thousands and thousands of courses," said Erik Misselt, interim executive director of the Minnesota POST Board.

But more training didn’t mean all officers were getting the same training — or the right training.

"All training is not created equal, said Peterson. "Who's providing the training? How many people are being trained, and what is really the qualitative nature of that training? And is it actually changing anything?"

And despite annual use of force training, Minneapolis police use that tactic disproportionately on African Americans.

The Minneapolis Police Department did not respond to our questions about training, oversight and police discipline.

Both Peterson and Terrell agree that hours in a classroom don’t necessarily translate to changes on patrol.

"Some of the training is working," said Terrell. "But officers get so much training that, you know, I imagine some of those training classrooms look like a senior in high school during the last week of school."

"It looks nice, it sounds nice, but we don't know if it actually makes any difference," said Peterson.

Neighboring Saint Paul is trying something different with its training. Chief Todd Axtell has been trying to build a culture of protectors, not warriors. He says he does that by bringing community members into the training.

That’s something reform advocates say is needed at both the local police agency level and the state regulatory level. The POST Board said it started auditing its processes at the beginning of the year, but is doing it now with greater urgency following the death of George Floyd.

"Making good decisions about where we go from here and involving our stakeholders as much as we possibly can," said Misselt. "We want to be deliberate. Move quickly, but be deliberate and be fact-based."