Mississippi DA In Curtis Flowers Case Recuses Himself After 6 Trials 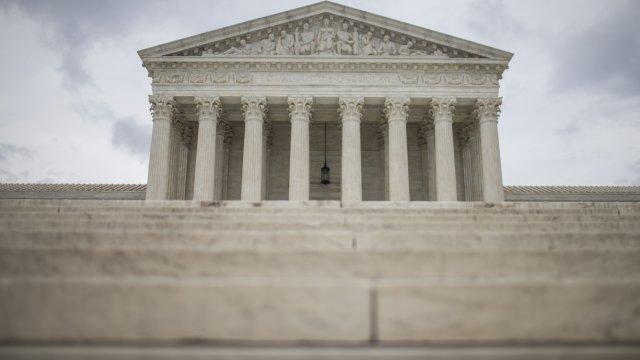 District Attorney Doug Evans has tried Curtis Flowers for murder six times, and three convictions have been overturned due to Evans' misconduct.

Curtis Flowers has been tried for murder six times by the same district attorney in Winona, Mississippi. Today, that DA, Doug Evans, has officially recused himself from Flowers' case after being widely criticized for his handling of it.

Flowers is accused of murdering four people in a Winona furniture store in 1996. During the more than two decades of legal back-and-forth since his arrest, he was an inmate at the Mississippi State Penitentiary. Flowers posted bail and was released from prison for the first time in 23 years in December.

A true-crime-style podcast called "In the Dark" has brought new nationwide attention to this case. The podcast is hosted by award-winning journalist Madeleine Baran.

Baran said: "This really is a story about the power of prosecutors in this country. The prosecutor, in this case District Attorney Doug Evans, has tremendous power. And we give prosecutors discretion. And there's good reasons to do that. But I think what our reporting on the Curtis Flowers case shows is what can happen when there's no check on that power."

Three of Flowers' convictions have been overturned by the Mississippi Supreme Court — two for prosecutorial misconduct on Evans' part and one for discriminatory jury selection. The state's highest court ruled Evans was intentionally dismissing black jurors for no reason other than that they were black. Baran's own research found Evans had a history of this during his time as a prosecutor.

And Baran isn't the only one struck by District Attorney Doug Evans' influence on this case. Supreme Court Justice Samuel Alito and others commented on how "disturbing" Evans' behavior was.

Despite three separate convictions being thrown out because of Evans and his office's behavior, there's no one to fire him or even remove him from this case.

"Here you have a prosecutor who's been repeatedly found to have engaged in misconduct. And the way that the system is set up is there's really no sanction for him, no punishment, nothing really happens to Doug Evans. … He's an elected district attorney, so he has no boss, his boss really are the voters … and he gets reelected every time," Baran said.

In the court filing announcing his recusal, Evans said he stands by his actions and still believes Flowers is guilty.

"While I remain confident in both the investigation and jury verdict in this matter, I have come to the conclusion that my continued involvement will prevent the families from obtaining justice and from the defendant being held responsible for his actions."

Despite Evans stepping down, Flowers could still be tried for the 1996 murder. The decision will now be left to Mississippi's attorney general-elect, Republican Lynn Fitch. She has not said whether or not she will take Flowers to trial.