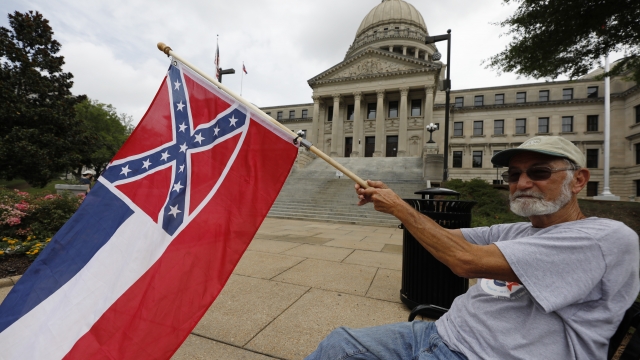 The state will remove the Confederate symbol amid objections that it was racist and did not reflect the population of Mississippi.

Mississippi is is close to getting rid of the confederate battle emblem on its state flag. A weekend vote will remove the symbol in response to demonstrators demanding change amid national protests against racial injustice.

On Saturday, the Republican-led legislature voted by two-thirds margins in a procedural move that will allow a flag bill to be filed, a signal that Mississippi will end its place as the last state to feature the Confederate flag.

Leaders from business, religion, education and sports have spoken forcefully against the state flag, which was first adopted in 1894, and have urged it be replaced with one that better reflects the diversity of a state where more than a third of its population is Black. The great-great-grandson of Jefferson Davis, who was the President of the Confederate States, agreed.

"That battle flag has been hijacked. It does not represent the entire population of Mississippi. It is historic and heritage related. There are a lot of people who look at that that way and God bless them for that heritage," Bertram Hayes-Davis said. "So put it in a museum and honor it there or put it in your house, but the flag of Mississippi should represent the entire population, and I am thrilled that we are finally going to make that change."

A commission will design a new flag under guidelines that the flag must include "In God We Trust," but cannot include the Confederate symbol. The Associated Press reports the new design will be put on a ballot Nov. 3, but it will be the only choice. If a majority voting that day accept the new design, it will become the state flag. If voters reject it, the commission will design a new flag using the same guidelines.

Lawmakers are also expected to start voting to remove the current flag from state law on Sunday.

Additional Reporting by Emily Wagster Pettus of The Associated Press.