Mitt Romney Might Run For US Senate In Utah In 2018 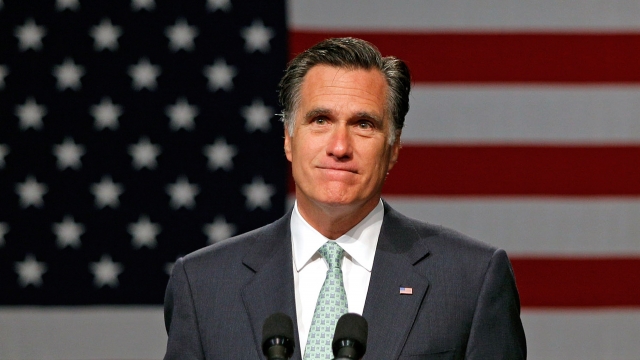 Mitt Romney is considering a bid for Sen. Orrin Hatch's seat in the U.S. Senate, but at least one condition needs to be met first.

Mitt Romney might not be done with public office just yet.

No, he's not planning to run for president again, but if Utah Sen. Orrin Hatch decides to retire, Romney could be ready to take his place.

In a previous interview, Hatch — who has been in the Senate for nearly four decades — seemed OK with the idea of handing things off to Romney.

Ronna Romney McDaniel is expected to succeed Reince Priebus as chair of the Republican National Committee.

And the former Massachusetts governor has apparently been discussing the possibility with fellow Republicans. Sources told The Atlantic that Senate Majority Leader Mitch McConnell has encouraged Romney to run for the seat in 2018 — if Hatch retires.

During the 2016 presidential campaign, Romney was pretty opposed to then-candidate Donald Trump. That seems to be a selling point for some Utah Republicans.

A few even jokingly compared Romney to a semi-mythical Mormon figure who will one day save the U.S. when the Constitution is "hanging by a thread."

Romney is known to weigh all of his options before committing to anything. Back in February, he told the Deseret News that "all doors are open," but he didn't have any predictions on what he might do.