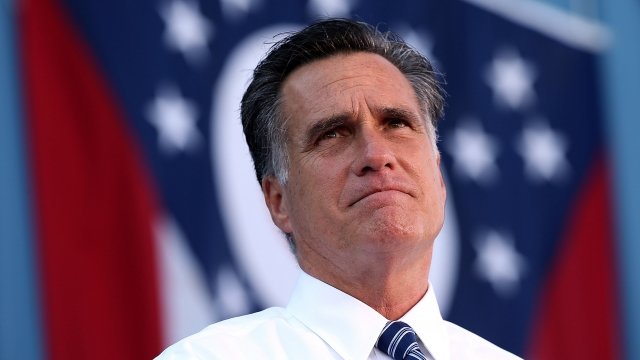 The former Massachusetts governor will reportedly announce his campaign in a video message.

Unnamed sources told The Washington Examiner the former presidential candidate's announcement will come in the form of a video message instead of at a staged rally.

US Intelligence Chief Thinks Russia Might Target The 2018 Midterms

We kind of knew this was coming. Earlier this month, Romney tweeted that he'd be making an announcement Feb. 15 about the Utah Senate race.

The winner of the election will replace Sen. Orrin Hatch, who announced earlier this year he's not running for re-election.

Romney is pretty popular in Utah, which is a deep-red state. He's reportedly not expected to face stiff competition if he does run.