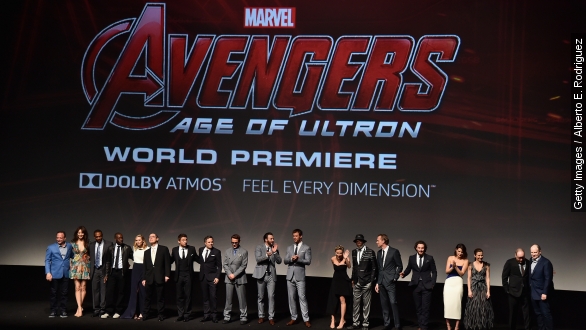 Reviews for "Avengers: Age of Ultron" were mixed, but here's why the Marvel flick will still soar at the box office.

Reviewer Jen Yamato for The Daily Beast applauds the film for focusing "more than its predecessors, [on] the human foibles and follies that plague the seemingly indestructible keepers of the peace."

While others, like a reviewer for USA Today, pointed out the film is way too long at 2.5 hours.

OK, we'll give you that one. It is long. But despite mixed reviews, the "Avengers" sequel is probably going to kill at the box office. Just remember to take a nap before you go see it.

First, just take a look at its predecessor "The Avengers," which grossed more than $1.5 billion worldwide at the box office in 2012.

It joined the elite $1 billion club after just 19 days in theaters. (Video via Marvel Entertainment)

And Marvel has created quite the fan base for these superhero movies over the past several years. After all, if you're a fan of Iron Man or Thor or Captain America, there's a pretty strong chance you'll go see the Avengers.

And just the hype around the "Avengers: Age of Ultron" trailers has been impressive.

According to The Hollywood Reporter, the teaser trailer, which debuted on October 22, was the third most popular trailer of 2014.

And Deadline reported the film's third trailer, which dropped in the beginning of March, got 35 million views in under 24 hours.

"Avengers: Age of Ultron" debuts in the U.S. on May 1. And if you don't end up loving this one, no worries. Marvel has 11 other superhero movies slated to come out by 2019.

This video includes music from Centz / CC BY NC ND 3.0.