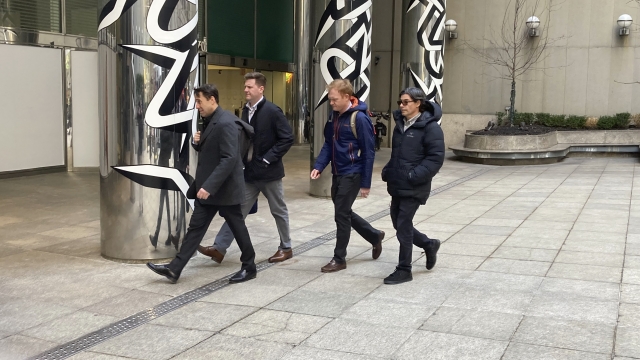 On the 98th day of the lockout, Major League Baseball said no additional games had been canceled and talks will continue.

Shortly after 3 a.m. on the 98th day of the lockout, MLB said no additional games had been canceled and talks will continue.

"The players' association requested to speak to their board early tomorrow before responding to our proposal and will be getting back to us in the morning," an MLB spokesman said in a statement.

A session Tuesday morning at MLB's office across the street from Radio City Music Hall was followed by an afternoon session at the union's office overlooking Rockefeller Center, about a three-block walk. The sides then switched to talking by telephone from their separate offices.

MLB made moves toward players on the key economic issues of the luxury tax, the amount of a new bonus pool for pre-arbitration-eligible players and minimum salaries. The league also pushed for its long-held goal of an international amateur draft.

Yet, it remained unclear whether this more intensive phase of talks would lead to an agreement or yet another breakdown in oft-strained negotiations that have dragged on for nearly a year.

After 16 1/2 hours of bargaining in Jupiter, Florida, that began Feb. 28 and ended at 2:30 a.m. the following morning produced progress, Manfred extended that deadline to 5 p.m. the following day.

Talks broke down, and Manfred announced the first two series for each team during the season had been canceled. Negotiators returned to New York and resumed bargaining on Sunday.

While it appears there is no chance opening day could take place as originally scheduled, MLB told the union that Tuesday was the last possible day to reach an agreement that would allow a modified 162-game schedule, along with full salary and service time needed to reach free agency for players.

MLB on Tuesday offered a tax threshold starting at $230 million and rising to $242 million, a person familiar with the proposal said, confirming a move first reported by The Athletic. The person, speaking to The Associated Press on condition of anonymity because no public statements were authorized, said management's proposal contained tougher penalties at a higher payroll level than in the expired agreement.

There were greater differences in the final four seasons of the proposed five-year deal. The union's proposed figure for 2026 was $263 million at the start of the week.