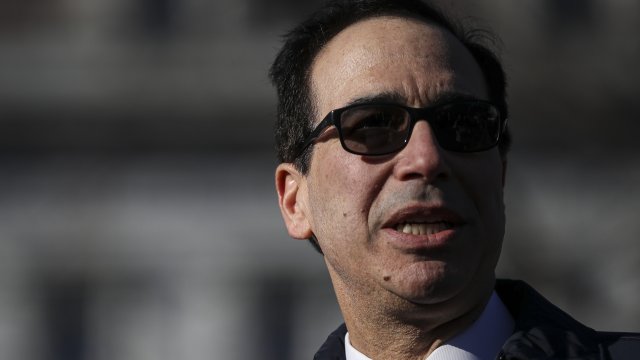 Treasury Secretary Mnuchin reportedly wants to wait until after the election to reveal how much the Secret Service spends on presidential travel.

Treasury Secretary Steven Mnuchin reportedly wants to wait until after the 2020 election to reveal how much the U.S. Secret Service spends when President Donald Trump and his family travel.

Mnuchin is negotiating with senators on a bill that would put the Secret Service back under the control of his department, where it was housed for decades until the Department of Homeland Security assumed control in 2003.

Anonymous sources told The Washington Post Mnuchin isn't seeing eye to eye with Democrats who want the Secret Service to disclose presidential travel costs within 120 days after the bill is passed.

But the Post says Mnuchin is on board with requiring the Secret Service to report those numbers after the election in November.

The Treasury Department confirmed that Mnuchin is working with lawmakers on the legislation but didn't comment on the reported dispute.