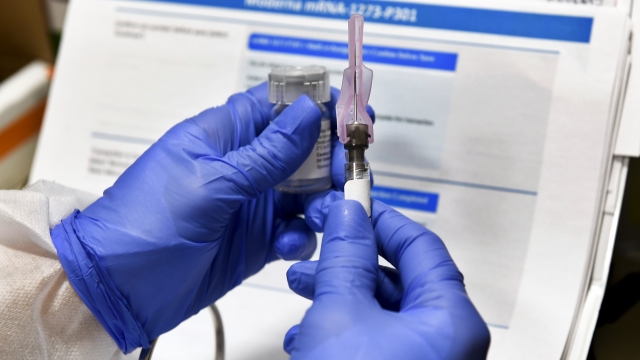 Health experts agree multiple vaccine candidates need to succeed for the world to get hold of the coronavirus pandemic.

The need for a COVID vaccine is greater than ever before as cases surge and hospitals are overwhelmed in much of the U.S. drugmaker Moderna says it’s sending all the data and findings to the FDA from its Phase 3 style of a Covid-19 vaccine, requesting for emergency use authorization. The shot, made with the help of the federal NIH, was 94 percent effective in the trials, and showed no major side effects.

The vaccine comes in two doses-the initial shot and a booster 28 days later.It uses new gene technology called MRNA or messenger RNA. When injected into a patient, the RNA enters healthy cells where it makes the coronavirus spike proteins and that prompts an immune response.

Pfizer’s vaccine candidate is up for emergency approval too. Both vaccines will have to go through a series of regulatory red tape on the way to approval. Pfizer’s vaccine review hearing is set for  December 10th, and Moderna’s on December 17th. The FDA has said it could take weeks before any approval.

If the FDA allows emergency use, Moderna expects to have 20 million doses — enough for 10 million people — ready for the U.S. by year’s end. Pfizer expects enough doses for 12.5 million Americans.

But with initial supplies limited, the U.S. government says the majority of Americans will have to wait until the second and third quarter of next year to get a vaccine.

"The light is at the end of the tunnel but the American people have to do the right things until we get that vaccine widely distributed. Wear a mask, avoid indoor crowded spaces and all of the things you know," said Adm. Brett Giroir, assistant secretary of Health and Human Services.

A CDC advisory board meets Tuesday to decide on formal recommendations about who will get the vaccines first.