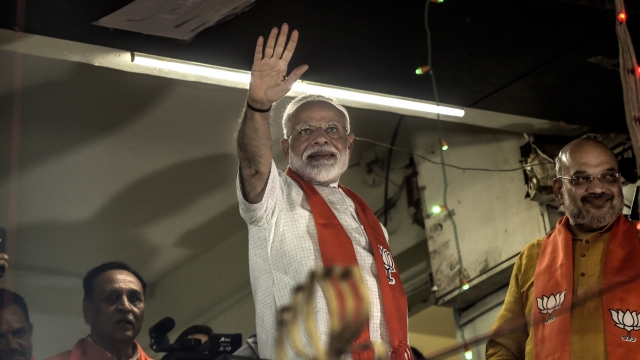 Earlier this week, India's parliament voted to give itself more control over Kashmir after Modi's government announced it was scrapping Article 370 of the constitution. That provision granted special status to the disputed border region, allowing it to make its own laws, except in certain matters such as foreign affairs, defense and finance.

In a televised address on Thursday, Modi said Article 370 gave "Kashmir nothing but separatism, terrorism, familism and rampant corruption," and that he was "confident that under this new system we will all together liberate" Kashmir from those issues. He added that with the article now revoked, "Kashmir will once again reach new heights of development and attract the whole world toward it." He also accused Pakistan of using the article "as a weapon to incite people of the region against India."

Pakistan responded to the move by announcing it would downgrade diplomatic relations and suspend trade with India.

Kashmir has been in a state of lockdown since Sunday night, with thousands of Indian troops being deployed to the Muslim-majority region. The area is under a communications blackout, with landlines, internet and cellphone coverage all being suspended for the time being.