Monuments Around The World Light Up For Brussels 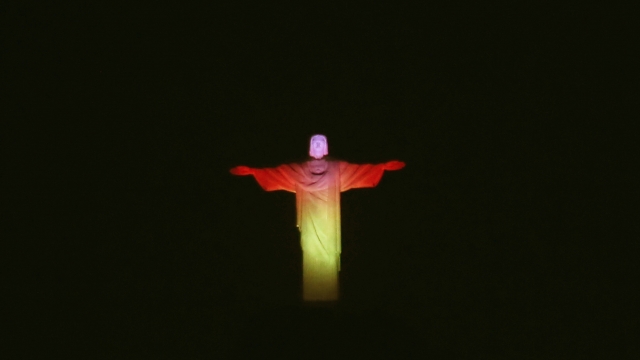 Countries around the world displayed the colors of Belgium's flag on major monuments in a sign of solidarity.

The Belgian people are in mourning after terrorist attacks killed at least 31 people. And countries around the world are expressing their support by displaying the colors of Belgium's flag.

At the Christ the Redeemer statue in Rio de Janeiro.

At the courthouse in Lyon, France.

And the Eiffel Tower in Paris.

At the Royal Palace in Amsterdam.

And at the National Stadium in Warsaw, Poland.

At the Brandenburg Gate in Germany.

And a tribute of a different kind in the U.S. — the Empire State Building remained dark Monday.