More Americans Say They Don't Have Enough To Eat 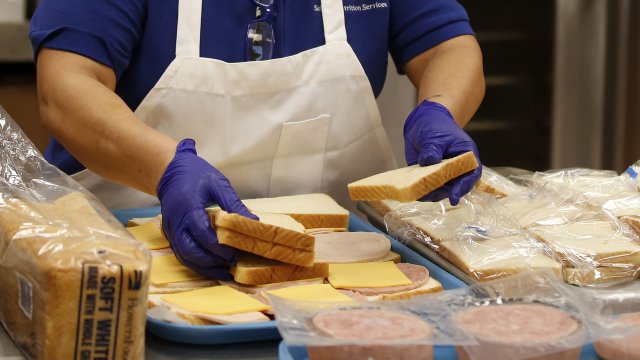 As of late July, more than 12 percent of American adults said they didn't have enough to eat at some point in the previous week.

More people in the U.S. say they can't afford food for themselves or their families.

That's according to new Census data. As of late July, more than 12 percent of American adults said they didn't have enough to eat at some point in the previous week. That number was closer to 10 percent in early May.

And almost 20 percent of adults with kids at home couldn't afford to give those children enough food — up from 17 percent in June.

Experts say a spike in food prices, school closures and a delay in getting unemployment benefits are just a few of the reasons behind the issue.

And things could get tighter from here now that some of those weekly government benefits have expired.