More Child Soldiers Might Be Fighting, Dying For ISIS 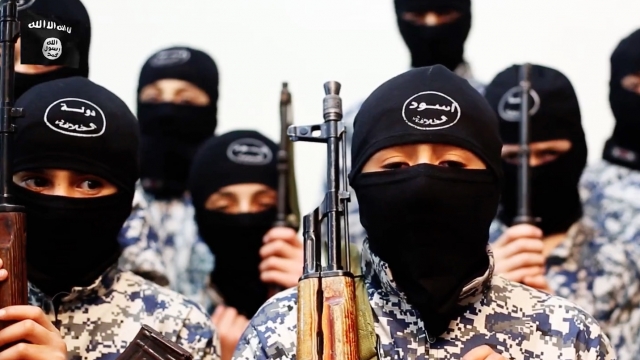 A new report says rates of youth fighting and dying for ISIS have increased. Suicide operations involving young people are also thought to be rising.

A new report says ISIS is recruiting an "unprecedented" number of children and then sending them out to fight.

Researchers from Georgia State University looked at ISIS propaganda from Jan. 1 of last year to Jan. 31 of this year and found that the rate of suicide operations involving child soldiers has tripled within the past year.

They collected 89 images of children and youth who died fighting for ISIS and recorded what they believed was their nationality and age. Sixty percent of children who died were between ages 12 and 16.

Researchers also found that 43 percent of those 89 died in suicide attacks, 31 percent died acting as foot soldiers and 6 percent were killed while working as propagandists.

The use of child soldiers isn't a new tactic for the organization, but the report found that instead of acting in place of adults, children are fighting alongside them.

And that could be cause for concern for future U.S. military confrontations. The researchers wrote in the report, "While today's child militants may well be tomorrow's adult terrorists … the moral and ethical issues raised by battlefield engagement with the Islamic State's youth are likely to be at the forefront of the discourse on the international coalition's war against the group in years to come."

This video includes footage from ISIS.