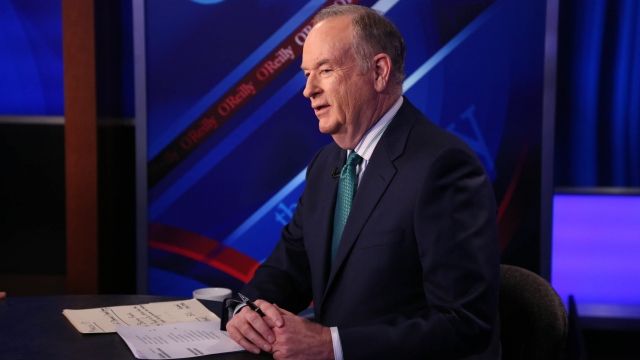 The decisions to pull advertising from Fox News' most-watched show came after The New York Times published the results of its investigation Saturday.

According to CNN, Mercedes-Benz announced Monday it was pulling its advertising. BMW of North America, Hyundai and Allstate, along with at least six other companies, have followed suit.

The announcements came in the wake of a New York Times report published Saturday about sexual harassment allegations against host Bill O'Reilly.

The outlet reports that since 2002, O'Reilly or Fox News' parent company has paid five women a total of $13 million to avoid litigation and media attention. The women worked for O'Reilly or appeared as guests.

Three of the allegations — two of sexual harassment and one of verbal abuse — and payouts had not previously been reported.

And while former Fox News guest Wendy Walsh isn't suing O'Reilly, she's gone public with her own sexual harassment allegations against him.

"He caught up with me and said, ‘No, no, come back to my suite.' I said, 'Sorry, I can't do that,' and then he became hostile. ... And then very soon after, he had the executive producer call me and say, 'We're not going to use you anymore,'" Walsh told ABC's "Nightline."

O'Reilly has denied the allegations and told the Times he "put to rest any controversies to spare [his] children."

Julie Roginsky has filed a suit against Ailes, the network and its current president.