More Female Celebs Speak Out On Media's Treatment Of Women 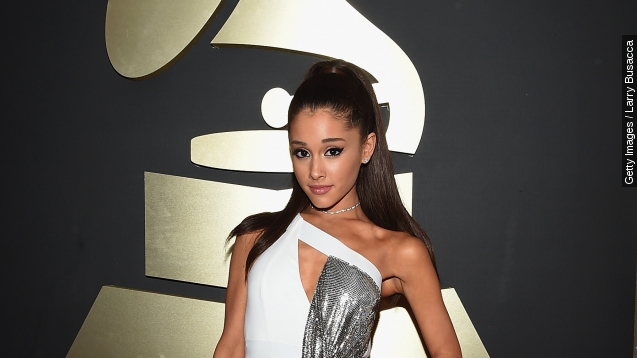 Over the past several years, celebrities have been more and more vocal about being fed up with Hollywood's double standard, specifically how actresses and other women are treated very differently than their male counterparts.

But in recent months, it’s really become a major topic of conversation.

Most recently, Ariana Grande expressed her frustrations with the gender inequality in Hollywood Sunday night after growing tired of being referred to as "Big Sean’s ex" or "Niall Horan’s new girl."

So, in response, our favorite feisty, cat-eared singer posted a feminist essay on Twitter, pointing out, "I have clearly not been having the boy questions in my interviews lately because I have come to the realization that I have SO. MUCH. MORE. to talk about."

The frustrations about sexism in Hollywood came to the forefront at the 2015 Oscars. Reese Witherspoon promoted a social media campaign calling for less focus on actresses' wardrobes under the hashtag #AskHerMore.

She said in an Instagram post, "It's meant to inspire reporters to ask creative questions on the carpet."

During that same award show, Patricia Arquette used her Best Supporting Actress acceptance speech for a similar call to action:

"It's our time to have wage equality once and for all and equal rights for women in the United States of America," she said.

Since the Oscars, more and more actresses have started saying they want more focus on their work and less on their appearances.

Last month, Melissa McCarthy appeared on “The Ellen Show" and talked about a reporter who questioned her about her character’s appearance in “Tammy.”

She explained, "It was a lot of things. Kind of like, 'How dare women not look beautiful, perfect and attractive in a movie?' … And I said, you know, 'Would you do that to a man?'"

Grande asked the media to step up and change the way it approaches women versus men on the carpet.

But that's, of course, not to say that people don’t mind talking about who they're wearing. They'd just rather talk about something more substantial, like the work they're promoting.

Refinery29 asked female celebrities how they feel about the questions they have to answer on a carpet.

Gina Rodriguez told the site, "As much as I do love beauty and playing dress-up, as a woman, ... I love the idea of talking about things that go a little deeper."

And Aisha Tyler said, "I just think people should lead with work, that the conversation should be about work."

This video contains images from Getty Images and music by UltraCat / CC BY 3.0.