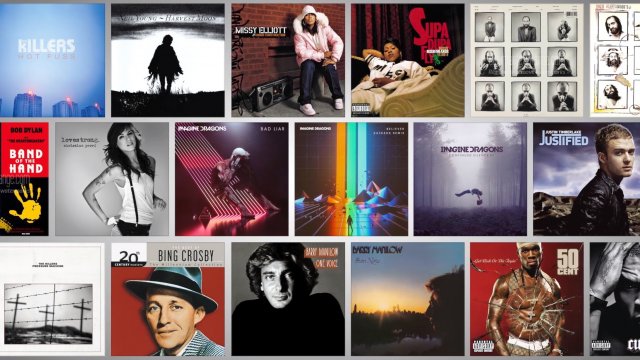 The music industry is betting on its legacies, from Bob Dylan and Stevie Nicks to David Bowie and Imagine Dragons.

Those are just some of the artists and estates who — in just the past couple months — sold their high-profile music catalogs for millions of dollars.

"Prices are higher than they’ve ever been,” said music publishing attorney Guy Blake.

"And there is a little bit of a ripple effect, where once you start seeing high profile legacy songwriters and artists selling … Maybe I should look at it too,” said music copyright attorney Lisa Alter.

2021 saw a $5 billion boom in music catalog sales, with catalogs being valued for triple or quadruple what they might have sold for 20 years ago.

On the buyers and investors' side, this new demand for music catalogs is spurred by favorable tax laws and more modern streams of revenue for music — like streaming or music licensing.

On the musicians’ side, there’s a new recognition of music as a strong financial asset that can be sold or better monetized.

“They’re actually sitting back and looking at their business moves, and their estate planning moves in a very high-level way,” said Blake.

Some critics may be quick to call this out negatively as “selling out” or see it as a betrayal of an artist’s integrity. While several musicians and estates still do choose to own their own work, the decision to sell a portion or even the entirety of a catalog is mostly a financial one.

“This is their business, this is their life’s work, so, it really doesn’t behoove the public, me, you, anybody to judge an artist if they say ‘I worked for decades on this work … It’s my decision,’” Alter said.

So, what actually happens to the music that’s sold?

“There are some firms who are buying catalogs who are already set up for that, companies who have existing film and television departments or departments that can push the music towards commercialism,” said Blake.

Music is so valuable today because of all the ways it can be streamed, licensed and even adapted for film and TV — something music catalog buyers are keen on.

Take, for example, the work of late singer and actor Bing Crosby, who is most famous today for holiday songs like “White Christmas.”

Last year, Crosby’s estate sold an equal stake in his catalog to music publisher Primary Wave for an estimated $50 million. Part of the reason it was sold was so Primary Wave could help boost Crosby’s music beyond his Christmas songs and introduce his whole body of work to new generations.

“They can get in there and increase the value. That’s the whole point,” said Blake.

“The money is there to be spent for this purpose, so I think we’re going to see this trend continuing for some time,” said Alter.

As the bullish investments into music catalogs continue, experts still point out: it’s a musicians’ market.