More Monkeypox Vaccine Doses Will Be Made Available Amid Spread 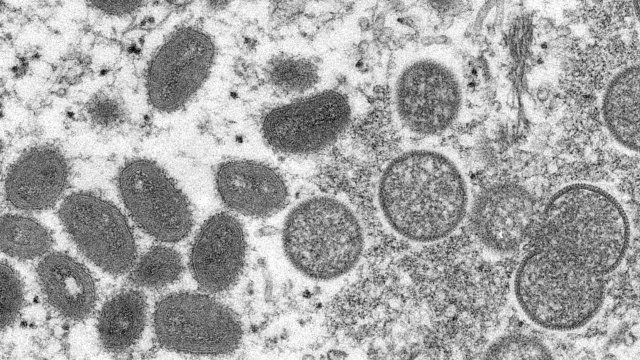 The Biden administration has announced more vaccine doses and increased testing capacity amid a growing demand.

The Biden administration has announced more vaccine doses and testing capacity in efforts to combat the continuing spread of monkeypox in the U.S.

The CDC reports nearly 1,500 cases across dozens of states. On Friday, the Alabama Department of Public Health announced it identified the first two infections in Alabama.

The CDC said four laboratories are now able to test for the virus, with additional capacity expected next week. Dr. Walensky said there is now capacity for up to 70,000 samples a week, though noted they have not received the demand of tests as capacity permits.

However when it comes to vaccines, the CDC director acknowledged the demand is higher than the current supply.

“We continue to prioritize both jurisdictions seeing the greatest number of cases and communities at highest risk," Dr. Walensky said. "However the updated strategy will now prioritize vaccine allocation to areas with increase in case burden while still providing vaccine to all jurisdictions with individuals at increased risk for disease."

HHS announced 131,000 doses of Bavarian Nordic’s JYNNEOS vaccine in the strategic national stockpile would be immediately available to states to order, with delivery as early as next week.

The U.S. Food and Drug Administration said its finished an inspection of a vaccine manufacturing facility in Denmark. HHS said it’s working to pre-position doses pending FDA clearance. Doses could potentially be approved by the end of the month, which the agency said could open up more than 700,000 additional doses.

Dr. Walensky anticipated more supply for New York, which has the highest case count by state according to the CDC’s data.

In Georgia, health officials said they had received enough doses for about 1,500 people to date. And in Florida, some people received shots this week at The Pride Center at Equality Park, near Fort Lauderdale.

“If we can prevent it and just keep the bubble around, then that's what we're striving to do to keep our community safe,” said the center’s CEO, Robert Boo.

The appointment slots quickly filled up.

“We wanted to make sure that everyone, we didn't waste a single job, and get the jabs in arms," Boo said. "So it also told me that the community was listening. They’re aware they’re attentive."

Dr. Kim is a physician at Tampa General Hospital, the director of clinical research at the TGH Global Emerging Diseases Institute and the director of infectious disease and international medicine at USF Health.

“Luckily, it's not as severe as some other, you know, diseases that we've seen, like prior outbreak, a monkeypox and things like that," Dr. Kami Kim said. "Because it's got a slightly milder and less typical presentation, people might get it and not realize what it is."

She says people should get appropriate healthcare advice; providers need to be educated and people should be vigilant, but that it’s not a time to panic.

“It's increased, but it's not exploding," Dr. Kim said. "So we've had enough time to get the infrastructure in place, disseminate the information to all the places where patients affected are most likely to present. The good news is, like I said, it's clinically milder, and it seems to be less infectious than we had potentially feared."