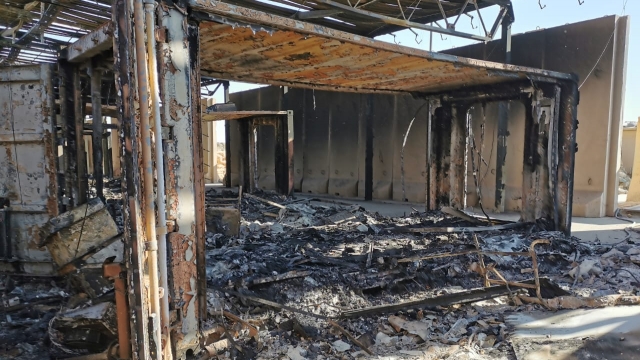 These service members are in addition to the 11 who were already treated for concussions following the Jan. 8 strike.

The U.S. military says more of its troops stationed in Iraq might have suffered concussion injuries in the Iranian missile attack on two air bases earlier this month.

President Donald Trump and the Pentagon initially said no American soldiers were killed or injured in the Jan. 8 strike.

The military revised that number to 11 last week. It said those troops were being treated for concussions and had been transported to hospitals in Germany or Kuwait for screening.

It's unclear how many additional troops are receiving treatment for possible injuries. But a spokesman for U.S. Central Command said they were transferred to the same hospital in Germany for observation "out of an abundance of caution."

The CDC says it can take weeks, sometimes even months for concussion symptoms to appear. As such, the spokesman noted, "it is possible additional injuries may be identified in the future."