Even More Video Of Donald Trump's Playboy Past Has Surfaced 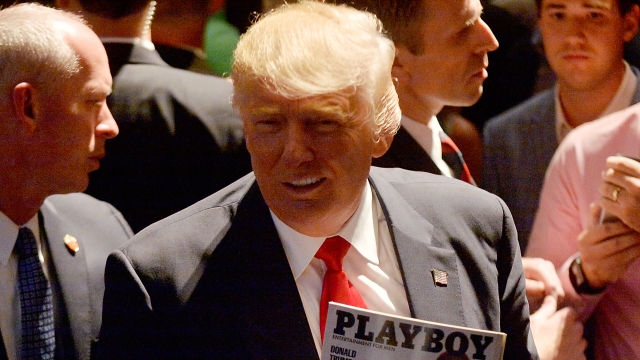 The new footage shows Trump interviewing models to be the magazine's 40th anniversary Playmate in 1994.

In footage that CNN shared this week, Trump interviews models to be the magazine's 40th anniversary Playmate for 1994.

CNN also found a second video from a 2001 Playboy fashion show that Trump attended along with his wife, Melania, and other celebrities. Excerpts from both videos are available on the outlet's website.

SEE MORE: Clinton Pokes Fun At Trump's 3 a.m. Tweet Storm With One Of Her Own

Trump's Playboy past has been getting a lot of attention since Buzzfeed uncovered the Republican presidential nominee's fully clothed cameo in a 1999 video.

That discovery followed a few controversial tweets from the presidential candidate about former Miss Universe Alicia Machado, who he falsely accused of having a sex tape.

But Trump actually has a pretty long history with Playboy.

He even sat down for a lengthy interview with the magazine in early 1990 to talk about business, money and politics.

When talking about his massive wealth, Trump said, "The show is 'Trump,' and it is sold-out performances everywhere. I've had fun doing it and will continue to have fun."

Playboy has been publishing stories about businessmen for decades. Steve Jobs, Zappos CEO Tony Hsieh and entertainment leader David Geffen have all made appearances in the magazine.