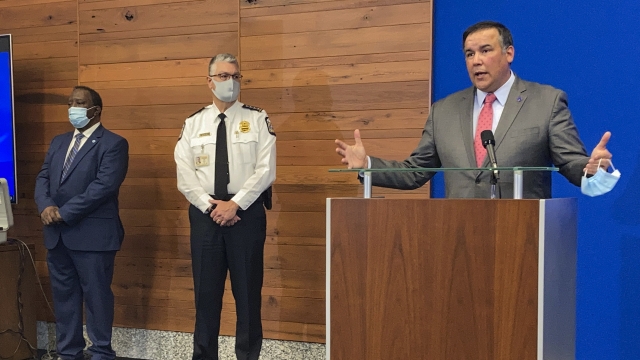 Sixteen-year-old Ma'Khia Bryant was shot and killed by a Columbus police officer who responded to a fight between several people.

New video has been released in the fatal police shooting of a 16-year-old girl in Columbus, Ohio. An officer shot and killed Ma'Khia Bryant yesterday while responding to a call of a fight between several people. We want to warn you – this officer body cam footage may be tough to watch.

We froze the video right before those shots were fired.

Afterward, you can hear witnesses telling officers that they didn't have to shoot her.

The officer replies, "She had a knife. She just went at her."

Slowed video shows Ma'Khia running toward a girl with what appears to be a knife.

Officers also tried to provide medical care after the shooting.

The teen later died at a hospital.

The shooting has sparked new protests over police killings. But, after seeing new video, one neighbor said the teen had to be stopped.

Ira Graham III said: "Whether or not a taser could have been chosen instead of a gun, I don't know. But I do know that with Ma'Khia having that lethal weapon in her hand, she did need to be stopped."

The city's interim police chief said an officer can use lethal force if a person is threatening someone with a deadly weapon. But he also called it a tragedy, regardless of the circumstances.

"It's a tragedy. There's no other way to say it," Interim Chief Michael Woods said. "A 16-year-old girl lost her life yesterday. I sure as hell wish it hadn't happened."