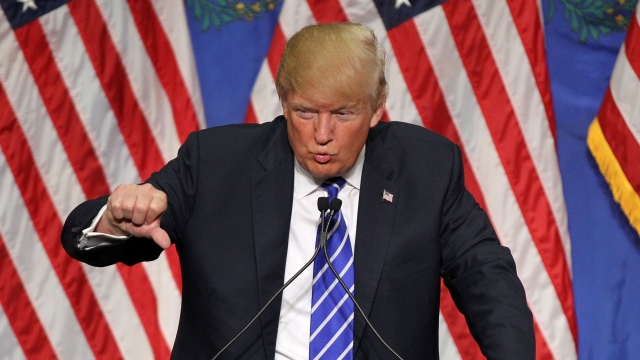 Donald Trump's "locker room talk" might have been more than just talk. In two separate stories released Wednesday, three women accused Trump of groping them in the past.

One woman told The New York Times Trump "grabbed her breasts and tried to put his hand up her skirt" while he sat next to her on a flight. Another woman said Trump grabbed her backside at his Mar-a-Lago club. A third woman said Trump kissed her on the mouth while she was working.

But the bombshells weren't done. CBS also dug up this footage from a 1992 episode of "Entertainment Tonight" that features Trump talking to a group of young girls.

"You're going up the escalator?" Trump asks the group of young girls. "Yeah," they reply.

"I am going to be dating her in 10 years. Can you believe it?" Trump says.

Those stories were published after Trump's campaign manager, Kellyanne Conway, had just finished trying to defend Trump over audio of him boasting that he could walk into women's dressing rooms because he owned beauty pageants.

It seems the leaked tape of Trump talking about groping women has opened the floodgates for some unsavory allegations about Trump's past to rush back into the national spotlight.

A Trump campaign statement called The New York Times story a "completely false, coordinated character assassination." It didn't respond to any of the other stories.