Experts Say Most Americans Are Not Recycling Correctly 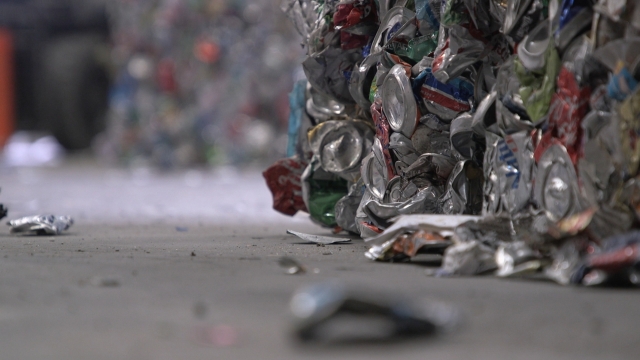 According to the EPA, only about one-third of waste put in recycling bins is actually recycled.

Recycling is no easy task. It can be messy and dangerous.

Nick Paul is no stranger when it comes to recycling.

"I've been recycling most of my life," Paul said. "When I went in the military, we recycled on every base I was on."

Most Americans have access to curbside recycling, but just because you toss an item in the recycling bin doesn't mean it'll get recycled, especially if they're contaminated with food particles. According to the EPA, only about 32% of what Americans throw in recycling is recycled.

"A lot of consumers really do want to recycle, but they can be kind of confused about how to best do that," Peter Wright, the assistant administrator of EPA's Office of Land and Emergency Management, said.

That's why Jennie Romer wrote a book called "Can I Recycle This?" The book digs into America's recycling system, how to recycle better and how to reduce single-use plastic. It comes out in April of next year.

"There's so much that I think the public doesn't know about how recycling works," Romer said.

For instance, not everything can be recycled and depending on where you live, recycling rules can differ quite a bit.

"People think that if they put a container or something in their recycling bin and it's magically turned into another product," Romer said.

There has to be a purchaser at the end in order for something to be truly recycled.

"It doesn't really become recycled until a manufacturer purchases that item and turns it into another bottle or a container," Romer said.

She says she sees a lot of low-value plastic waste. In fact, only about 9% of plastic ever produced has been recycled.

"So a lot of really inexpensive single-use plastic doesn't have a buyer that wants to purchase it," Romer said. "So no matter how much time you spend really carefully washing and sorting all those little pieces of plastic that you buy a lot of the time, if they're not the right resin, if they're too small, then no one's going to purchase them on the other end, and they're going to go to landfill."

A few tips: Buy products with recycled content, reduce the use of single-use plastic and check your community's recycling rules.

"There isn't going to be the demand for more recycled content unless there is a supply," Wright said.