Most Of The World's Carbon Emissions Come From Just 100 Companies 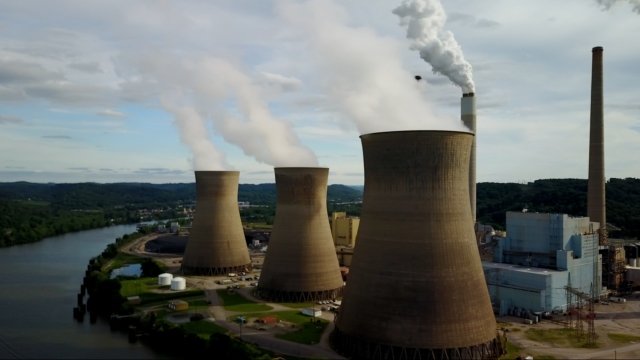 And the people in the Trump administration tasked with regulating those companies are dining out with them instead.

Just 100 companies are responsible for 71 percent of global carbon emissions.

And the man tasked with monitoring them in the U.S. is dining out with them instead.

Revolt: When It Rains

And it's one of the 100 companies that are creating most of the world's carbon emissions.

Those greenhouse gases build up in our atmosphere and trap heat that would otherwise escape. We've put a lot more of those gases into the atmosphere since the Industrial Revolution. And historically, as greenhouse gases go up, so does the Earth's temperature.

While most companies pay to dispose their waste, these 100 companies use the sky itself as their dumping ground — and they do it for free. 27 of these companies are based in the U.S.

So will our political leaders — who take millions of dollars from these companies — do anything to rein them in?