Most People Know Less About GMOs Than They Think 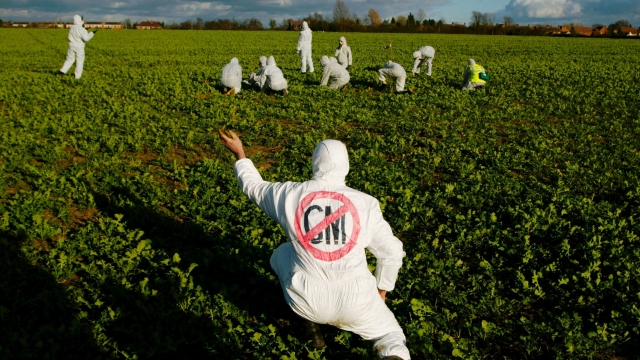 New research shows when it comes to genetically modified foods, people who hold the most extreme views actually know the least.

Turns out the guy with the strongest opinions about genetically modified foods may know the least about them, according to a new study.

Marketing and psychology researchers asked more than 2,000 adults their opinions about genetically modified foods. Then they tested their scientific knowledge with a true-false quiz.

"What we find is that people who are opposed to genetically modified foods think that they understand the technology in a lot of detail, but in fact do not know very much about genetics or about science," said Philip Fernbach, an assistant professor of Marketing at University of Colorado Boulder.

"The broad finding is that as people are more extreme or more opposed to genetically modified foods, they think they know more with increasing levels of extremity or opposition. But they know less and less with that same extremity," said Nicholas Light, a Marketing Doctoral Candidate at University of Colorado Boulder.

This is the latest bit of research showing science isn't understood in vacuum. People filter it through their beliefs, values, emotions – even their social identity. Regardless of education, this filter can polarize someone's beliefs on climate change, provoke emotional responses in debate on vaccination, and in the case of genetically modified foods, lead to complete misunderstandings on how they work.

Meantime, these filters can have dangerous health effects. Take vaccinations, for example. Research has shown the declining vaccination rate is to blame for an increase in measles cases in the United States.

How We Can Immunize Ourselves Against Bogus Information

Researchers say attacking misinformation is like vaccinating against a disease.

So what’s the solution? There are grants for efforts to curb the spread of misinformation. Research shows people can be trained bit by bit to recognize it when it shows up. Another possibility comes from Brown Professor Steven Sloman. He suggests it’s important to understand not just how individuals share information, but how our social groups do, too.