'Mother Of All Rallies' Draws Trump Supporters To DC 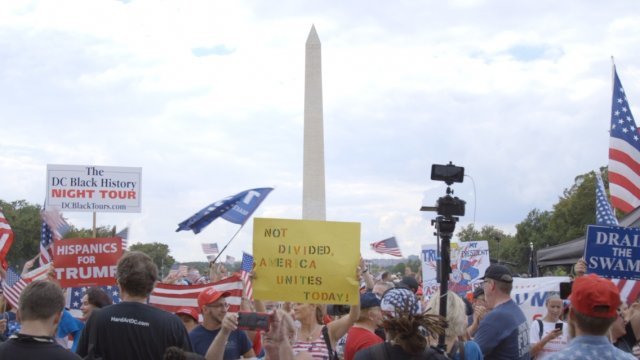 Right-wing groups gathered in Washington, D.C., to have their voices heard.

A group of supporters of President Donald Trump gathered on Washington, D.C.'s National Mall for an event they dubbed "The Mother of All Rallies."

Organizers said "rally participants will demand protection for traditional American culture while they express their love for the United States and the America First agenda."

Pro-Russian Bots Are Helping The White Nationalist Cause

The rally drew about 500 people, a lower number than initial estimates.