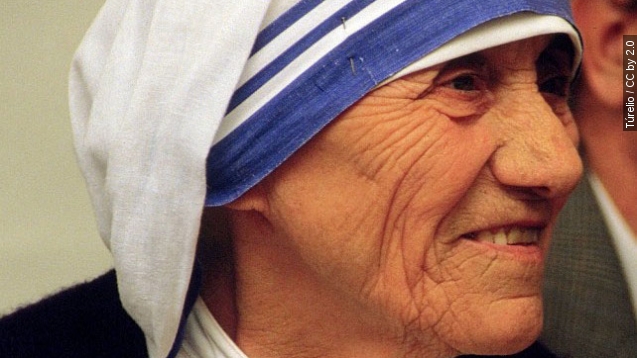 The announcement came Friday, one day after Pope Francis approved a decree that the nun had performed a second miracle.

Mother Teresa of Calcutta will be made a saint in the Roman Catholic Church.

Pope Francis approved a decree Thursday that the nun had performed a second miracle. (Video via Vatican)

A Brazilian man was reportedly healed of multiple brain tumors after his loved ones prayed to her to save him.

In 2003, Mother Teresa was beatified for reportedly healing an Indian woman's tumor through prayer. (Video via CNN)

But the declaration of two miracles is required for full sainthood.

Mother Teresa was known for her dedication to the poorest of the poor.

"Jesus says, 'Whatever you do to the least, you did it to me,'" Mother Teresa said during an interview.

She founded the Missionaries of Charity to help the poor living on the streets in Calcutta.

Her work won her the Nobel Peace Prize in 1979. (Video via The Nobel Foundation)

Italian media speculate she will be canonized in early September to coincide with the anniversary of her death.

This video includes images from Getty Images and flowcomm / CC by 2.0.