Some Afghan Women Are Demanding To Be Called By Their Names 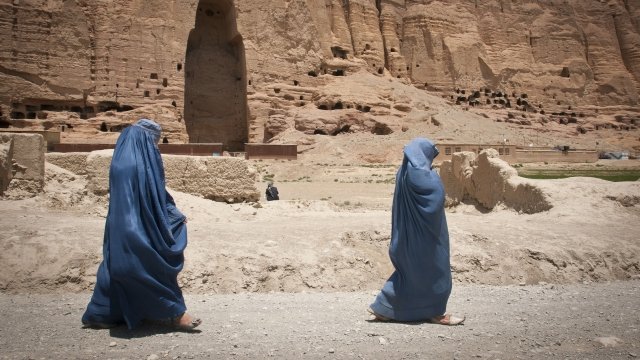 Afghan culture frowns on women who use their names in public, but an online campaign wants to change that.

Some Afghan women are asking, "Where's my name?" It's part of an online campaign. In the culture, it can be offensive to use a woman's name in public.

Birth certificates there don't name the mother, and gravestones often are inscribed with "the daughter or wife of 'Mr. X.'"

The push to call women by their names is also meant to rally against male-dominated decisions that critics say can make women feel invisible.

This Afghan Female Rapper Still Throws Down After Threats

The threats Paradise Sorouri has received have driven her to keep making music.

But not everyone is a fan. A spokesman for Kabul's high court said changing the custom "may invite unwanted chaos."

Women in Afghanistan have slowly gained rights since 2001, including voting and getting an education.

However, the society is still patriarchal. Activists say violence against women runs largely unchecked, but they say they'll keep pressuring the Afghan government.