Movie Studios Shake Up Their Release Schedules Amid Pandemic 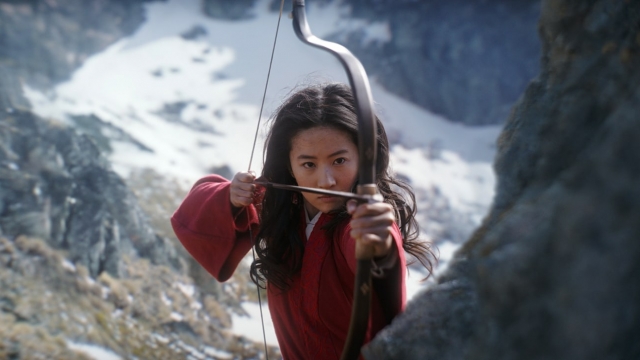 The coronavirus pandemic is once again causing Hollywood studios to make changes to their movie release schedules.

Walt Disney Studios announced Thursday it's pulled its upcoming live-action "Mulan" film off its calendar completely. The movie had previously been set to hit theaters on Aug. 21.

"We're going to make men out of every single one of you."

The studio did not say whether it's thinking about releasing "Mulan" on its streaming service instead. It went that route with other projects, like a recording of the musical "Hamilton" and "Artemis Fowl," which were both originally scheduled to be released in theaters.

Disney additionally announced that it's pushing back the release dates for all of its upcoming "Avatar" and "Star Wars" films by a year. So now, for example, "Avatar 2" will play in theaters in 2022 instead of 2021.

Paramount Pictures is also pushing the release dates for both "A Quiet Place Part II" and "Top Gun: Maverick" to next year.

Warner Bros. announced earlier this week that it's indefinitely delaying the release of its film "Tenet" from Christopher Nolan.

Because of these movie release changes, movie theater chains are similarly holding off on reopening. AMC Theatres now plans to resume operations at its U.S. movie theaters in mid-to-late August. The company's already said it will require employees and moviegoers to wear face masks.