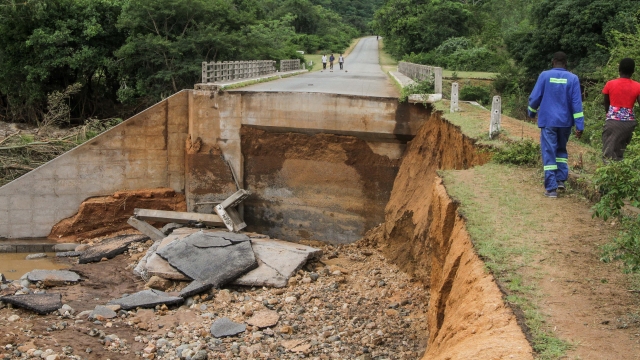 Mozambique is grieving after a devastating cyclone left hundreds of people dead across southern Africa.

The country's president announced three days of national mourning starting on Wednesday. He also said his government would declare a national emergency.

As Newsy previously reported, Cyclone Idai made landfall last week in central Mozambique, bringing with it heavy rains and sustained winds measuring more than 100 miles per hour. The storm then moved into Zimbabwe and Malawi.

Officials say it may be days before they know the full scale of the storm's damage.

Mozambique's president said Tuesday at least 200 people were killed there, and he expects the death toll to rise to more than 1,000.