Accused Of Sexual Misconduct, Mark Halperin Is On Leave From MSNBC 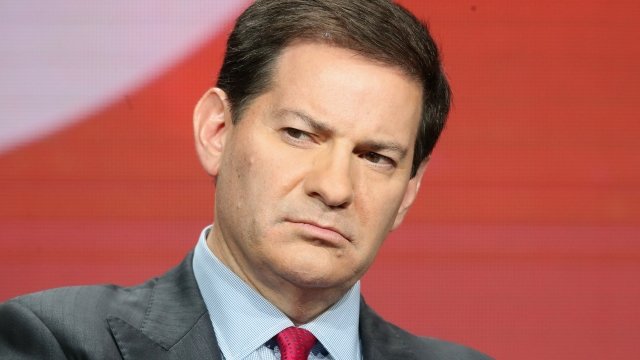 Five women accused the journalist of propositioning employees for sex or of inappropriately touching women without consent.

MSNBC has put political journalist Mark Halperin on leave after he was accused of sexual harrassment.

Five women accused the journalist of sexual misconduct, according to a report from CNN. The claims include propositioning employees for sex and touching women without consent.

In a statement to CNN, Halperin apologized for his behavior and said, "Under the circumstances, I'm going to take a step back from my day-to-day work while I properly deal with this situation."

On Thursday — less than a day after CNN published its report — MSNBC announced Halperin's leave. The network said in a statement: "We find the story and the allegations very troubling. Mark Halperin is leaving his role as a contributor until the questions around his past conduct are fully understood."

On the same day, HBO said it wouldn't proceed with Halperin on a planned miniseries based on his upcoming co-authored book. As of Thursday afternoon, Penguin — the publishing company attached to that book — reportedly hadn't commented yet.

News about Halperin's alleged discretions spotlit his past statements about other sexual misconduct accusations. Just last year, the journalist said there was "nothing illegal" about sexual misconduct allegations against then-presidential candidate Donald Trump.