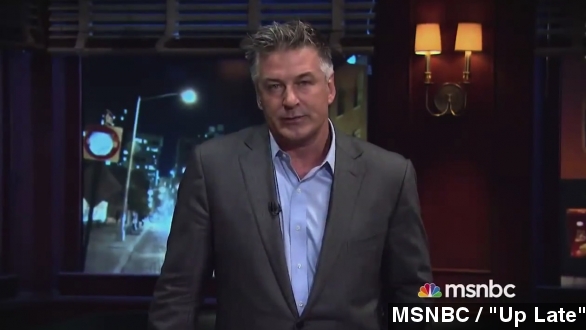 Alec Baldwin has reportedly been fired from MSNBC following a recent run-in with paparazzi. On Tuesday, the network shut down his show “Up Late."

​Alec Baldwin has reportedly been fired from MSNBC following a recent run-in with paparazzi. On Tuesday, the network shut down his short-lived show “Up Late.”

Here’s the video that apparently prompted the break. It shows Baldwin, upset and shouting what some say is a homophobic slur. (Video via TMZ)

What he might have said is unconfirmed, but either way it was damaging for Baldwin. And then, he arguably made it worse by going on a Twitter rant.

Baldwin has since deleted most of those tweets, but Buzzfeed shows a screenshot of a few of them here, including his claim that he said “fathead.”

As for “Up Late,” it was already sliding downhill. Page Six reports the last show pulled only 395,000 total viewers, a 41 percent drop from its debut.

But Baldwin still has ties to NBC Universal. In addition to his show contract, he reportedly agreed to a two-year deal with Universal Television to produce projects at the studio.

For now though, he’s off the air. Baldwin hasn’t said anything official since the news broke Tuesday, but upon Up Late’s earlier suspension, he released a statement saying ...

"I did not intend to hurt or offend anyone with my choice of words, but clearly I have -- and for that I am deeply sorry. Words are important. I understand that and will choose mine with great care going forward." (Via MSNBC)