Justice Department Says It Will Release Mueller's Report In April 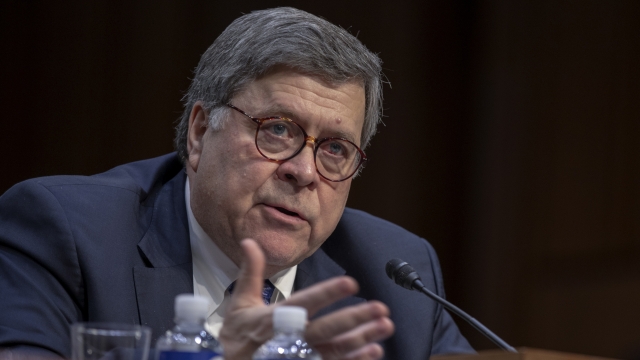 Attorney General William Barr also said he would testify after the report is released.

Attorney General William Barr said Robert Mueller's report on the Russia investigation will be released to Congress by "mid-April, if not sooner."

In a letter Friday, Barr said there will be redactions "that are required" and that the special counsel is helping with the process on the nearly 400-page-long report.

Those redactions are said to include four types of information: grand jury material, sensitive intelligence material, information about ongoing investigations, and "information that would unduly infringe on the personal privacy and reputational interests of peripheral third parties."

Barr announced Mueller finished the investigation last week and released "principal conclusions" that weekend. Since then, lawmakers have pushed for the report to be released and made public.