Disney Switches Gears, Will Send 'Mulan' To Its Streaming Service 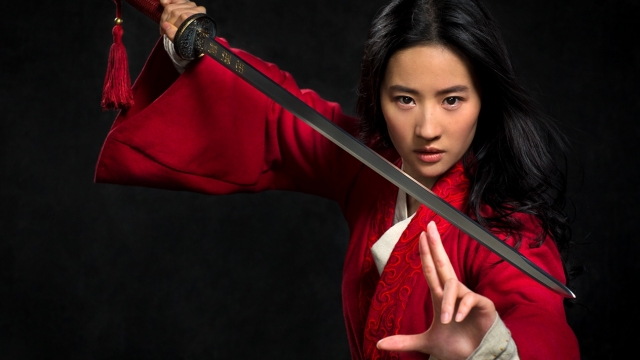 The live-action film will be available on Disney's streaming platform starting Sept. 4.

Disney's live action Mulan movie is finally heading to the screen, just not the big screen.

Starting September 4th, viewers will be able to watch the remake of the animated film on the Disney Plus streaming service. Anyone wanting to rent the film will have to pay an additional $30 on top of their monthly subscriber fee, and countries were Disney Plus is not available, Mulan will still be released in theaters.

Newsy's Katherine Biek joins us now. Katherine, other studios have released their films online during this pandemic. So why is this move by Disneygetting so much buzz?

Well, I think it's unprecedented for several reasons. First, Disney has previously tried to make a distinction between its theatrical films, and one it makes directly for streaming and move on was designed to be this Great War epic, so analysts thought Disney would definitely keep a hold of it until theaters opened back up. Also, it's the first time Dizzy is offering a project on its streaming platform for a premium fleet. But the pandemic has hit Disney hard. It reported an almost $5 billion quarterly loss yesterday. It's first in almost two decades, so it has to make money somehow, and there's room to do that with move on. Disney Plus has more than 60 million subscribers. Let's just say half of them run the movie at $30 a pop. That's more than $900 million for Disney. And it's possibly more money than the film could have made in theaters, since some states haven't even allowed their indoor movie theaters to reopen yet, including New York and California. I mean, honestly, that's quite the business move.

And as you mentioned movie theaters, how are they responding to the news from Disney?

Well, they're definitely not happy about it. Deadline spoke to several owners who are worried about the fate of their industry. Theaters were really banking on, Move on, and Christopher Nolan's "Tenet" to drive people back to the box office theaters in the U.S. Make money by splitting box office revenue 50/50 with studios. But now theaters aren't going to see a dime that Disney makes off Mulan and other studios have already proven that they can successfully have their films Skip Peters and instead just head straight to digital release. Take "Trolls World Tour" from Universal for example, it actually made more money in just three weeks of digital release earlier this year in the original trolls film did during its five months in U.S. theaters.

Oh, I mean, you and I were, like, so set to go see this movie in theaters when it was originally gonna be there in March. So of course I'm going to watch, No question.

Wow. Can't wait. I'll pull it with my popcorn. Newsy is Katherine Biek. Thank you.