Sheriff Says Colorado Shooting Was An 'Ambush-Type' Attack On Officers 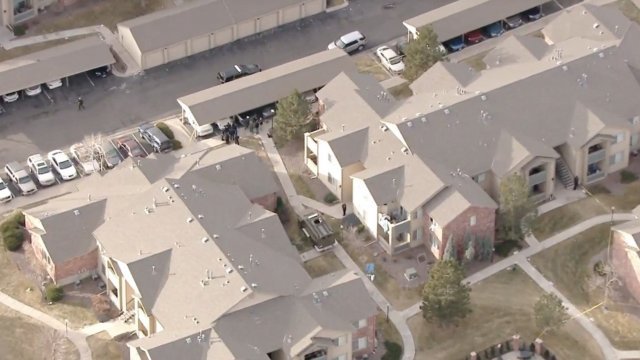 One deputy was killed, and four other officers and two civilians were injured in the early morning shooting.

Four officers were injured and a fifth was killed in an early morning shooting on the south side of the Denver metro area.

"It was more of an ambush-type attack on our officers. He knew we were coming," Douglas County Sheriff Tony Spurlock said.

The shooting happened at an apartment complex in Highlands Ranch.

The Douglas County Sheriff's Office said deputies responded to a reported domestic disturbance shortly after 5 a.m. local time. The deputies reportedly tried to talk to the shooter, but he barricaded himself in a bedroom before opening fire. Spurlock said more than 100 rounds were fired. Beyond the deputies, two civilians were also injured. The shooter was killed by police.

Spurlock identified the officer who was killed as 29-year-old Zackari Parrish. He leaves behind a wife and two young children.

Investigators will be looking at body camera footage to help figure out exactly what happened.