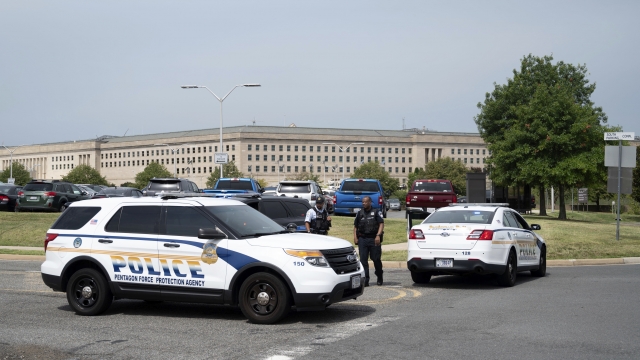 Officials say gunshots were fired on a Metro bus platform that is part of the Pentagon Transit Center.

An officer died after being stabbed Tuesday during a burst of violence at a transit station outside the Pentagon, and a suspect was shot by law enforcement and died at the scene, according to officials who were not authorized to discuss the investigation publicly.

The Pentagon police chief could neither confirm nor deny that report. He did say there were "multiple casualties" but the scene of the incident is secure and there is no longer a threat to the public.

The Pentagon, the headquarters of the U.S. military, was temporarily placed on lockdown.

The incident occurred on a Metro bus platform that is part of the Pentagon Transit Center, the Pentagon Protection Force Protection Agency tweeted. The facility is just steps from the Pentagon building, which is in Arlington County, Virginia, just across the Potomac River from Washington, D.C.

This is a developing story and we will update as more information becomes available.