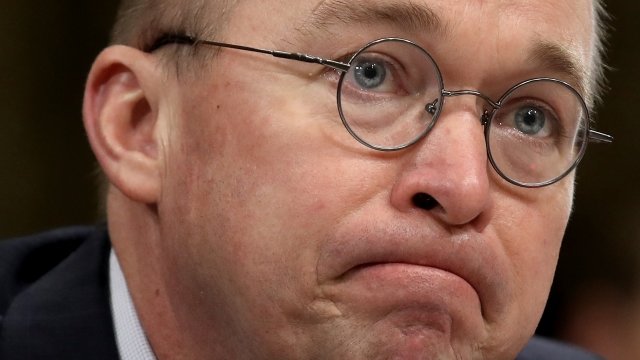 Mick Mulvaney told members of Congress on Tuesday he "probably would have found enough shortcomings in this to vote against it."

The Office of Management and Budget is trying to set the record straight about a comment Director Mick Mulvaney made to members of Congress.

Sen. Patty Murray asked him if he would support the proposal if he were still a member of Congress. Mulvaney replied that as a representative of South Carolina, "I probably would have found enough shortcomings in this to vote against it."

He followed up by saying his current job is to "fund the president's priorities."

The increased deficit is despite cuts to some government programs.

But his office released a statement afterward saying Mulvaney was actually referencing a recent budget caps deal, not the budget itself, in his response to Murray. The statement said Mulvaney would "naturally" vote for the president's budget.