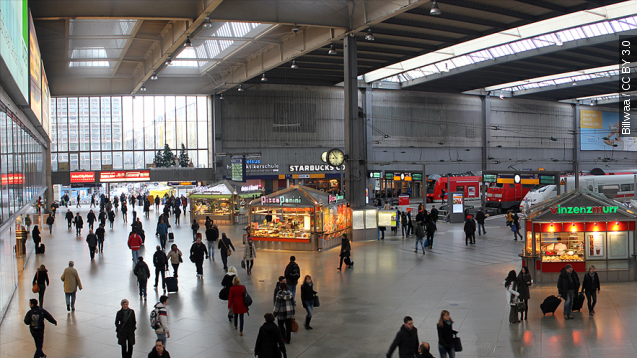 A terror threat in Munich has forced authorities to warn people to stay away from crowds and train stations.

Authorities in Munich have shut down two train stations and told people to avoid crowds if possible because of an "active threat of a terror attack."

On its social media pages, Munich police said, "Due to existing information, which we take highly seriously, there is an attack planned tonight."

The BBC cited local reports that information about the threats came from French authorities. Armed guards surrounded and evacuated the stations Thursday.

According to ABC News, off-duty officers were called in and began to perform sweeps of the evacuated stations. So far, they haven't found anything suspicious.

New Year's celebrations typically require extra security every year, but after attacks in Paris earlier this year, fears have been even more heightened. A fireworks display in Brussels was canceled Wednesday after news of possible attacks spread.

This video includes images from Getty Images and Billwaa / CC BY SA 3.0.