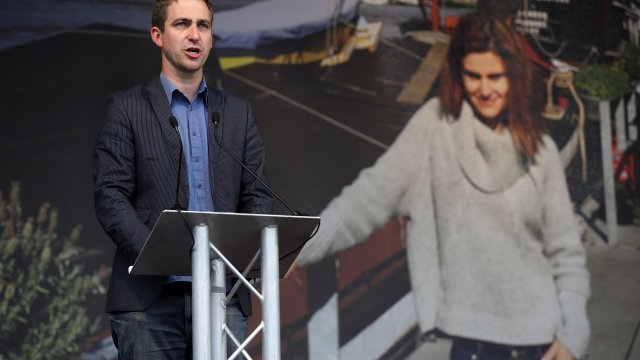 Brendan Cox resigned from two charities after the Mail on Sunday published a 2015 police report with allegations that he assaulted a woman in 2015.

After a right-wing extremist murdered U.K. lawmaker Jo Cox in 2016, her husband Brendan Cox set up several charities to continue her life's work. Now he's resigning from two of those organizations over sexual assault allegations.

Cox's resignation came after the Daily Mail's sister publication — the Mail on Sunday — published a 2015 police report with allegations that Cox assaulted a woman at Harvard University.

Cox has denied these allegations, but he previously left a role at the Save the Children charity over a separate incident in 2015.

Sexual Harassment Training Will Be Required For State Department

While on his Middle East tour, U.S. Secretary of State Rex Tillerson said State Department employees will have to complete sexual harassment training.

Cox said in a statement: "While I do not accept the allegations contained in the 2015 complaint to the police in Cambridge, Massachusetts, I do acknowledge and understand that during my time at Save the Children, I made mistakes."

The U.K. has seen several other high-profile sexual harassment scandals recently thanks in part to the #MeToo movement. One in five U.K. Parliament workers has reportedly faced sexual harassment in the past 12 months, according to a leaked government report.

Cox has stepped down from charities More in Common and the Jo Cox Foundation. His sister says the charities will continue their work in his absence.