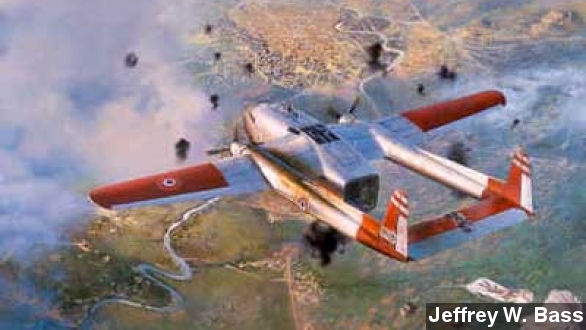 Artwork of now-declassified events in the U.S. are available for public viewing. The Southern Museum of Flight in Alabama has 16 of the 18 pieces.

Some artwork of declassified key events in U.S. history are now available for public viewing at a museum in Birmingham, Ala.

"It provides a rare glimpse into decades of U.S. spy work." (Via KHQ-TV)

Reports say the 16 reproductions of art were originally donated to the CIA in Virginia but now are on display for all to see at the Southern Museum of Flight in Birmingham.

It'll only cost visitors $7 to see the peek into our nation's history. One print shows the failed 1961 Bay of Pigs invasion. Historic artifacts like a Soviet helicopter and a spy plane are on display as well.

The museum reportedly learned about the artwork by chance. An artist working on a piece for the CIA called the museum looking for photos of an aircraft. One artist led to another, and the museum eventually obtained 16 of the 18 works that were on display in CIA headquarters.

Another gem you'll find at the museum — this piece by Jeffrey Bass, which displays U.S. assistance in a battle in 1954 that was approved by the Eisenhower administration. The airline was owned secretly by the CIA. (Via Jeffrey W. Bass)

The exhibit will be a permanent display at Southern Museum of Flight.