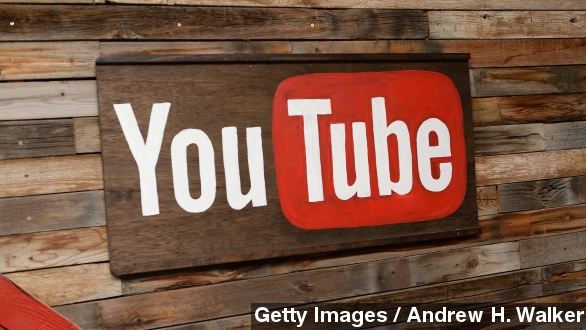 Irving Azoff, whose client list includes the likes of Pharrell Williams and the Eagles, says YouTube needs to take down protected songs.

In the ever-changing and litigious world of online music, YouTube and owner Google have been put on notice for a 10-figure lawsuit.

Irving Azoff and his new performance-rights company Global Music Rights represent some huge names in the industry like Pharrell Williams and the Eagles, and he's warned YouTube to license songs through him or else. (Video via I Am Other Entertainment / Pharrell Williams, Asylum Records / The Eagles)

Azoff has threatened a billion-dollar lawsuit if YouTube doesn't make a deal. Currently, YouTube gets its licensing through other large performance-rights organizations that negotiated terms with the Justice Department.

But Azoff doesn't believe the deals are enough and wants his clients represented by his new company to get new deals. It's not hard to see why. (Video via Billboard)

Take Pharrell's massive hit "Happy." The song's awards are perhaps only outnumbered by its countless plays online. Yet Fusion reported earlier this month streaming music service Pandora streamed the song 43 million times the first quarter of this year for a payout of just $2,700 in songwriter royalties.

And YouTube is trying to get in on that streaming music service industry.

YouTube's Music Key service would be a direct competitor to services like Pandora and Spotify and offer to provide music free of the typical YouTube ads to start a video or song. (Video via CNET)

The Hollywood Reporter has perhaps the most in-depth explanation of the legal battle between Azoff and Google, including copies of letters from attorneys threatening legal action.

As the outlet sums it up, "In other words, is the use of copyrighted works online opt-in or opt-out?"

But whether that's actually decided in court is questionable. Even an attorney for Azoff's company told The Hollywood Reporter someone's going to blink first and he hoped to avoid a courtroom battle. (Video via Vanity Fair)