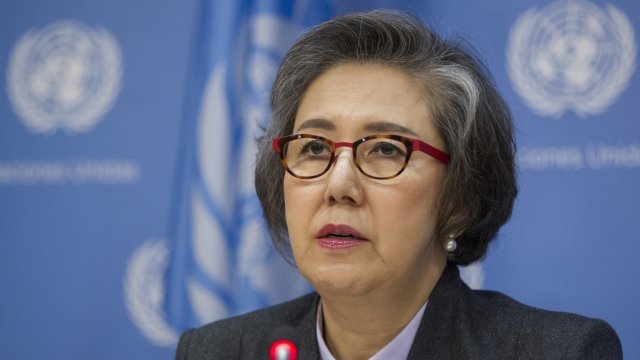 U.N. Special Rapporteur Yanghee Lee said Wednesday she was supposed to visit Myanmar in January to assess the state of human rights in the region, especially in the western Rakhine state.

She said in a statement, "This declaration of non-cooperation with my mandate can only be viewed as a strong indication that there must be something terribly awful happening in Rakhine, as well as in the rest of the country."

According to CNN, Myanmar said it denied Lee's visit because a previous report by her was biased and unfair.

Lee added she hopes Myanmar's government will change its mind.