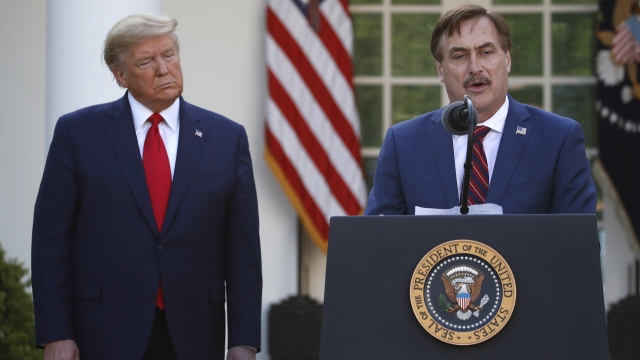 The MyPillow guy Mike Lindell and other Trump allies hope their support can propel them into politics.

Mike Lindell, the MyPillow Guy who spread unfounded election fraud conspiracy theories, is hoping for an endorsement from former President Trump to propel him into politics.

Last week, Lindell went to the White House to try to persuade Trump to push on with false claims that the election was stolen. He was redirected to staffers without getting a meeting. But he told The Associated Press he hopes Trump will back him in a run for governor of Minnesota.

Trump lost Minnesota by seven points in the 2020 presidential election after losing narrowly there in 2016. So his endorsement may be less than golden for Lindell or four other potential Republican gubernatorial hopefuls, says Minnesota's former GOP Gov. Tim Pawlenty.

He said: “We don’t need to guess how a general election campaign will go here for any candidate viewed mostly as a Trump proxy. Trump lost here twice and it wasn’t even close the second time.”

It's a testament to the emerging divide in the GOP. Election primaries in 2022 are expected to gauge Trump's hold on the party.

Already a pro-Trump candidate is preparing to challenge Wyoming Rep. Liz Cheney because she sided with Democrats in the vote to impeach the former president. And in Virginia, a lawmaker who was stripped of committee assignments after hailing Capitol rioters as "patriots," is now seeking the Republican nomination for governor.